A History and Overview of Tommy John Surgery 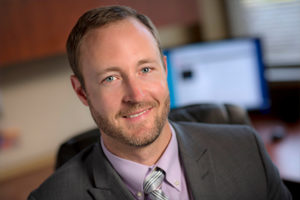 It’s no easy task for a major league baseball pitcher to throw a fastball 90 miles an hour. And oftentimes throwing the fastball, or any other pitch, can take its toll. The repetitive motion can result in Ulnar Collateral Ligament (UCL) damage. 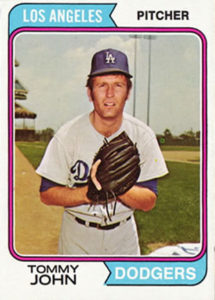 A torn UCL was once considered a career-ending injury for baseball players. It was called “dead arm.” But that all changed when a Major League Baseball pitcher by the name of Tommy John, who at the time was playing for the Los Angeles Dodgers, got “dead arm.”

In the middle of the 1974 season (with a stellar 13–3 record) Tommy John tore his UCL. Game over. Not according to orthopedic surgeon, Dr. Frank Jobe. Dr. Jobe had devised a surgical procedure to reconstruct the ligament. After the surgery and a year of rehabilitation, Tommy John was back to pitching, and he went on to pitch until 1989, winning 164 games after his surgery.

The UCL is a ligament on the inner side of your elbow that helps keep your elbow joint in place. It connects the bone of the upper arm to a bone in the forearm. UCL damage usually occurs because of overuse, like throwing overhand frequently. Baseball pitchers, or any repeated throwers, are prone to UCL injuries due to the repetitive throwing motions that twist and bend the elbow.

We repair torn or damaged UCLs at OSMS, and not only on athletes. Anyone can experience this injury. But those most susceptible are those who participate in contact sports such as football and rugby, where falling on an outstretched hand can result in injury; those who play other overhead sports like volleyball, tennis, softball or javelin; or those who twist and turn their bodies in sport, like gymnastics, wrestling, soccer or cheerleading. 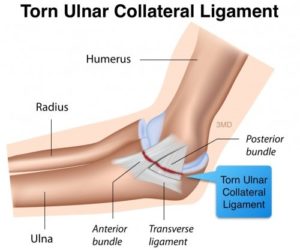 UCL injuries may begin small but can escalate. The ligament stretches and lengthens to the point where it can’t hold the bones tightly enough during throwing activities. A common symptom is pain on the inner side of the elbow. Sometimes after doing the overhand throwing motion, it may feel like a “pop” followed by intense pain. Other symptoms include:

Tommy John surgery, or UCL reconstruction, replaces the ligament inside the elbow with a tendon from elsewhere in the body. The tendon acts as a new ligament and stabilizes the elbow, reduces or eliminates pain, and allows for range of motion. The replaced tendon is called a graft. It can be harvested from various parts of the body or from a donor, and is typically taken from a forearm tendon. To give the graft added strength, any remnants of the original ligament are attached to the tendon.

Complete rehabilitation usually takes about a year. In some cases, up to two years are needed for athletes to return to their previous level of ability.

Fortunately, long gone are the years when a torn UCL ended an athletes’ career. Up to 85% of those who undergo the Tommy John surgery are able to resume their sport at, or even above, their previous level of competition.

If you are feeling pain in your elbow, hand or arm, please schedule an appointment for evaluation. We’ll get you back to the life you love.

Dr. Ben Zellner is an Orthopedic Hand-to-Shoulder Specialist at OSMS and sees patients in Green Bay and Marinette.