In many cases, some form of recovery, such as home-exercise or physical therapy is recommended after surgery. Depending on the surgical procedure, your surgeon and physical therapist will create a plan based on your specific needs. This plan should be followed through to completion and is critical in the recovery process as your body heals.

It is important to follow the post-surgery recovery instructions.

Pain management will be unique to each patient. Your care team will work with you before and after your procedure to manage your pain and help you continue your recovery and healing at home.

The simplest way to decrease tissue swelling around the surgical site is to elevate the surgical site above your heart. Ice can reduce bleeding and swelling, helping control pain and muscle spasms. For same-day surgery patients, such as knee scope or carpal tunnel procedures, most pain and swelling will subside after 48-72 hours; however, if at any time you are experiencing increased or persistent inflammation, continue icing and elevation. For total joint patients, you should continue icing even after 48-72 hours. Icing following therapy sessions is important throughout your recovery period for pain control and to help reduce swelling.

Sleep has immense healing powers, with the capacity to promote tissue development and ward against wound infections. It is recommended that most healthy adults need between seven to nine hours of sleep per night to function at their best.

It is important to breathe deeply and cough after surgery to clear your lungs of anesthetic, reduce fever, and lower your risk of pneumonia. It is also important to move and change positions often. These position changes help make your breathing and coughing exercises work better. Deep breathing can help relax your muscles and decrease your pain.

The nurse will give you written and verbal instructions on how to care for your incision prior to going home, including:

The majority of patients will be able to shower the next day. The nurse will review the procedure for caring and protecting your incision. For safety, plan to take your shower with a family member close by to keep you safe.

Following surgery, nausea and vomiting can occur. This can happen due to various reasons however common causes after surgery include the type of anesthetic or pain medication.

Tips to prevent nausea and vomiting:

Following surgery, constipation can occur. It is important to focus on your hydration and drink the daily water recommendations.

Eating fruits, vegetables and foods high in fiber will help prevent constipation. The use of over-the-counter stool softeners would also be acceptable, if needed.

After surgery, your body needs calories, protein, vitamin A and C and zinc! If you are diabetic, it is very important for you to closely monitor your blood sugars while your body is healing.  The more controlled your blood sugars are, the easier it is for your body to heal!

Don’t be afraid to ask for help from your family and friends. Know that your surgeon and the OSMS PREP Team are available to help answer any questions you have along the way. For total joint patients, always plan to have someone with you the first week following your surgery.

Although rare, following surgery, infections can occur.  An infection can occur when a bacteria is introduced to the body through a break in the skin or more specifically through a surgical incision. Patients who are obese, diabetic or smoke are at higher risk for experiencing surgical site infections. If you are questioning if you have a post surgical site infection, you will need to consult your surgeon as soon as possible.

Please contact your surgeon immediately if you experience any of the above symptoms.

Blood clots can form after surgery. Deep vein thrombosis (DVT) are a specific type of blood clot that can form in your legs after surgery. Early ambulation is an important part of your successful recovery and is critical in the prevention of the formation of DVTs. Getting up and moving as soon as you are able will help promote blood circulation by contracting the muscles in your legs, in turn squeezing the blood back into circulation. A DVT is a potentially serious condition.

Please contact your surgeon immediately if you experience any of the above symptoms.

Blood clots can form after surgery. A pulmonary embolism (PE) is a specific type of blood clot that forms in one or more of the arteries in the lungs. Coughing, deep breathing and physical activity such as walking after surgery will help promote blood circulation, will help eliminate fluid from accumulating in your lungs and ultimately help prevent the formation of PE postoperatively. A PE is a serious condition.

Please call 911 or go to your nearest emergency room if you experience any of the above symptoms.

Blood clotting begins, and the scar appears to be red and inflamed. This phase only lasts for a few days up to six days.

New tissue is formed during this phase by oxygen-rich red blood cells that come to the site to create new tissue.  The incision will look and feel “raised” from normal skin. Typically, this phase lasts for several weeks. During this time, your incision will be bruised, swollen and red. There may be some drainage, warmth, and numbess over the incision.

This is the last phase in wound healing and can last months. This is where a scar forms. As the wound becomes smaller, scar tissue forms. Nerves heal, feeling returns to the incision site, and the scar becomes even more textured like regular skin. Swelling will go down around the two-week mark, along with bruising and redness. Eventually your purple scar will become white. Surgery incisions normally take six to eight weeks to heal.

Helpful Tips To Heal Your Scar

Check with your insurance provider to see what therapy site is covered under your plan and the number of sessions allotted per calendar year. 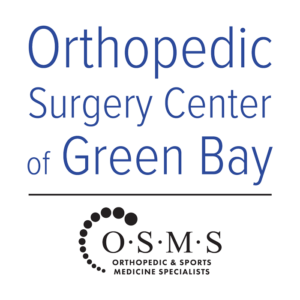 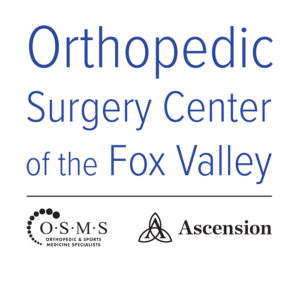