For as long as Lily can remember, she has experienced pain in her knees and ankles. When Lily was four years old, she was diagnosed with juvenile idiopathic arthritis (JIA). JIA is an autoimmune form of arthritis that affects children by attacking their joints.

“Having arthritis has sometimes made me feel a little weird,” Lily said. “Like in gym class, there were some years when I just couldn’t do it.”

Lily was worried that the other kids were watching her, wondering why she couldn’t participate. 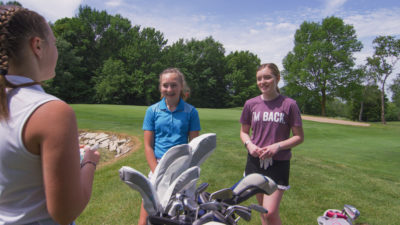 “I would have to take lots of medications before the IV,” Lily explained. “They would put the IV in, which was never easy.”

Due to Lily’s small veins, it was difficult to administer an IV, and she would sometimes get poked multiple times before they found a vein. Lily developed anxiety to needles and would dread going to her infusion appointments.

“I didn’t understand why I had to go through all the pain and anxiety at the hospital when I was still in pain,” Lily said. “I had a friend that goes to OSMS, and she kept telling me how great they were and that she was only there for two hours. She did her homework or played on her phone during infusions.”

Lily and her family decided to try infusion therapy at OSMS, thinking a clinic setting might be a better fit for her than the hospital.

Lily said she was nervous for her first infusion therapy appointment at OSMS, but the infusion nurses made her feel at ease. 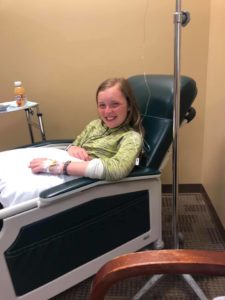 “They got my IV in on the first try, and we were there for less than two hours. It was crazy,” Lily recalled. “Even when I was scared, they went through things at the first infusion and asked me what I prefer so they knew for future treatments what would make me more comfortable.”

Lily insists that her infusion nurses are amazing; they are silly and make her laugh. At OSMS, Lily sees the same nurses every time she goes for an infusion.

“They all know me and they see me every time, so it makes me more comfortable,” Lily said. “They always give me a blanket to put over the IV because they know that I don’t like to look at it. My favorite part of my infusion appointments are the juice and snacks.”

“When I first met the doctor, I thought ‘Maybe this could be a really good change.’,” Lily said. “He’s more relaxed, which is more my style.”

Lily has been through three biological drugs since she started coming to OSMS. Thanks to her doctor’s persistence, she is finally on the right combination, and Lily is feeling much better.

“I developed so much anxiety to meds and needles, but now at OSMS, that anxiety has gone away,” Lily said. 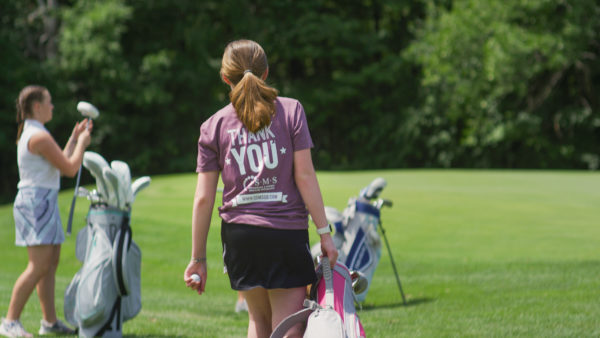 comfortable for her. Thanks to her treatments at OSMS, Lily’s inflammation labs recently came back normal for the first time in two years.

“I’m so happy that I’m able to be a fun-loving, goofy 13-year-old girl who’s able to golf and swim without pain,” Lily said. “I’m back thanks to OSMS.”