When Ted tore the meniscus in his right knee in October 2017, he thought all would be well after he had surgery to repair it. Unfortunately, his condition continued to deteriorate in the months following his surgery. 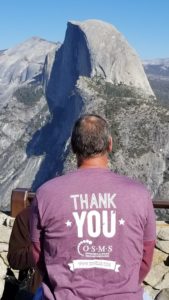 “The pain in my knee increased and I began to experience lower back pain due to the changes in my gait,” Ted recalled. “I began limiting activities that required me to walk any distance.”

Ted has always led an active lifestyle. Running, biking and hiking in Wisconsin and in national parks are just a few of the ways he stays active and enjoys the outdoors. With his increasing pain, however, these activities became impossible.

Ted said that he even began to limit his trips up and down stairs. When he struggled to simply walk his dog around the block, he knew he had to be seen by an orthopedic specialist.

“My knee pain made it impossible to engage in the activities I love, and my general health suffered because of it,” Ted explained. “In the simplest terms, I wanted to get back to living life without thinking about how far I would need to walk after parking the car.  I wanted to be able to walk my dog without pain.”

After his first appointment at OSMS, Ted said he felt optimistic that his life would improve.

“I discussed my condition and treatment options with Dr. Linehan and elected to have knee replacement surgery,” Ted said. 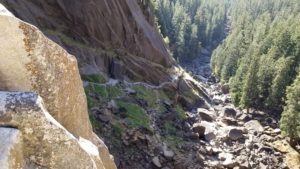 Ted had plans to travel to California for a Packers game in the fall following his surgery. He also hoped to accomplish his life-long dream of visiting Yosemite National Park. Despite being told it could take three to six months to regain full strength in his knee, Ted was committed to besting that.

He followed his physical therapy instructions diligently and made incredible progress by his two- and six-week follow-ups.

Ted’s experience at OSMS produced great results, and he said he was thankful to be surrounded by caring and compassionate staff.

“[OSMS is] dedicated to providing the best results so you can get back to living life,” Ted said. “I’ve had several
surgeries in my 60 plus years, but this was the first time I ever had my doctor call me at home to personally check on 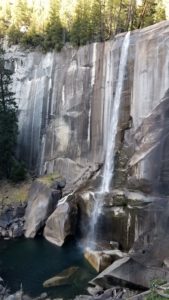 Now, Ted is back to going on adventures in Wisconsin and around the country and calls his knee replacement surgery “life changing.”

“Thanks to the efforts of Dr. Linehan and my therapists, I was able to realize my dream of hiking in Yosemite National Park,” Ted said.

Only nine weeks post op, Ted was able to stand on Glacier Point overlooking Yosemite Valley and Half Dome. He also completed hikes to Taft Point, the top of Vernal Falls and to the base of El Capitan.

“Things I only dreamed of are once again possible due to efforts of Dr. Linehan and the staff of OSMS,” Ted said.