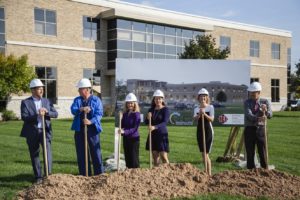 Our doctor-owned orthopedic, sports medicine, and rheumatology practice, held a groundbreaking ceremony at the clinic in Green Bay located at 2223 Lime Kiln Road to officially being the expansion of its clinic and the on-site Orthopedic Surgery Center of Green Bay.

Key areas of the over 13,000 square foot expansion include: 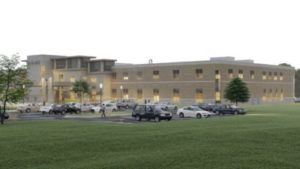 This expansion is the outgrowth of the continued focus on orthopedic surgery moving from an inpatient to outpatient setting. The project will begin in October of this year and is scheduled to be completed by the end of September in 2019.

“This is an exciting time for our doctor-owned practice,” said Sandy Fragale, CEO of Orthopedic & Sports Medicine Specialists (OSMS). “Being the only outpatient orthopedic surgery center in the greater Green Bay area, we are able to provide a higher quality of orthopedic care at a lower cost to our patients. This expansion showcases the community’s demand for our services.”

The lower cost Fragale is referring to is the Orthopedic Surgery Center of Green Bay inside OSMS’s clinic in Green Bay, which bills 40% less on average than the same orthopedic procedure in a hospital.

Growth is something familiar to OSMS. In 2010 when its Green Bay clinic opened, OSMS employed 85 people. Today, OSMS has grown to nearly 130 employees. This expansion showcases our commitment to future growth in Green Bay.

“The expansion demonstrates our dedication to our patients, staff, and the greater Green Bay community,” said Dr. Steven Schechinger, co-owner and orthopedic surgeon at OSMS.

Taking part in the ceremonial groundbreaking include (left to right pictured above):