From the Clinic to Surgery in a Matter of Hours 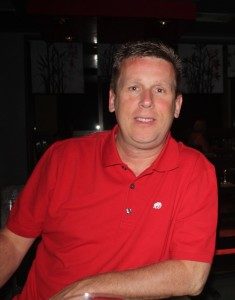 Curtis lives in Wetmore, MI – about three hours away from Green Bay in the U.P. But when he broke his ankle at the end of February, and found out he needed surgery, Curtis chose to make the trip to OSMS.

After receiving his immediate care for the injury closer to home, Curtis decided to do a little research before scheduling a surgery. He found OSMS online and decided that he was pretty sure that’s where he wanted to go.

“My decision to choose OSMS was finalized when both a co-worker, whose daughter had surgery with OSMS, and my nephew, who works in the medical field, shared their positive opinions of the OSMS physicians,” Curtis says.

So, Curtis called OSMS. The next day he was traveling to Green Bay to see Dr. Joel Hein. Curtis’ appointment was in the early afternoon, and Dr. Hein confirmed that he needed surgery.

Curtis says, “Dr. Hein asked when I would like to schedule the surgery, and I jokingly said, ‘today?'”

Dr. Hein’s response? By around 4:30 that afternoon, Curtis was in surgery upstairs at the surgery center. A few hours later, he was on his way back home.

“That’s what I call customer service,” says Curtis. “I would have been willing to travel back down to Green Bay for higher quality care, but the OSMS staff quickly worked to coordinate everything so that I didn’t have to. Having my surgery that day not only enabled me to avoid another long drive, but it also allowed me to start my recovery that much faster. In fact, I was back to work in less than two weeks.”