We have recently completed a 13,000-square-foot expansion of our clinic and the Bellin Orthopedic Surgery Center in Green Bay. 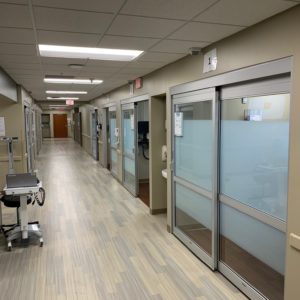 Key areas of the over 13,000-square-foot expansion includes:

This expansion is the outgrowth of the continued focus on orthopedic surgery moving from an inpatient to outpatient setting. The project began in October of 2018.

“This expansion in Green Bay showcases our dedication to patients and our constant pursuit of providing the best patient experience possible,” said OSMS CEO Sandy Fragale. “People of all ages will now have expanded access for orthopedic and rheumatologic care.”

Growth is something familiar to OSMS. In 2010 when its Green Bay clinic opened, OSMS employed 85 people. Today, OSMS has grown to nearly 150 employees. OSMS recently announced plans to build a new 45,000-square-foot clinic and surgery center in Fox Crossing.